“[…] But let there be spaces in your togetherness,
And let the winds of the heavens dance between you.
Love one another, but make not a bond of love:
Let it rather be a moving sea between the shores of your souls. […]”

this post is a melange of a few thoughts running through my mind simultaneously… please bear with me!

the difference comes when a submissive places themselves in the control of a dominant, giving up complete control over their being, whether it’s mind, body or soul. the dominant is fully aware of this and cannot abuse this complete trust that has been offered up as a consensual gift in respect.

a true dominant does not take without permission.

a dominant wants to know, despite the submissive being under their complete control, that the submissive is receiving as much pleasure out of the situation as they are. it would not be the same if it was taken without free will.

unfortunately  i don’t know many marriages where there is such mutual respect for one another. and now I think about it, i think it’s odd… am i a cynic? i don’t believe so… okay, maybe just a little… but this is a blog and is therefore rather subjective. perhaps i just live in a changing age where women are becoming more aware of their sexual desires and feminine wiles, and men are a bit lost as to where they fit into all of this, like they are unable to adapt. maybe it’s been like this since the main religions of the world brain washed the masses into believing that it’s better for men not to show their emotions whereas women were taught to suppress their sexual desires – and now it all seems to be changing. unfortunately it seems:

i love change – one of the only things one can expect from life that actually comes to pass.

i guess what i’m trying to say is that with all the changing roles that exist in vanilla society today, it’s really lovely that no matter whether you are a man or a woman in the bdsm/fetish world, if you are submissive, then that is the role you play, while if you’re dominant, then that is exactly what your role will be, no argument.

i am a woman and i know and enjoy my sexual desires.

i want all vanilla women out there to go explore theirs as well, and i want all men to revel in it also. but i want them to do it with respect, and trust, and mutual consent – taking is for bullies, and no one likes a bully. 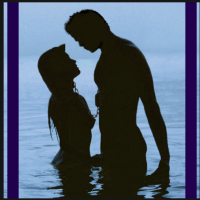